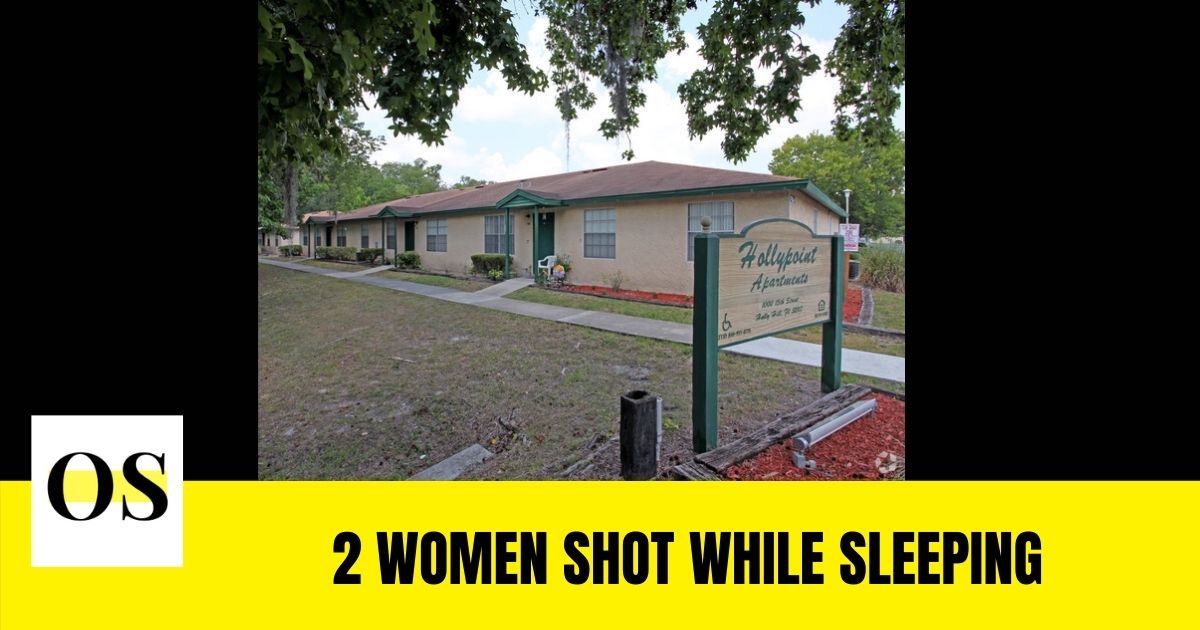 Holly Hill, Fl. – According to Holy Hill Police, two women were shot in one of the Holly Point apartments while they were sleeping in the early hours of Monday.

At around 1:15 a.m., officers said they responded to Holly Point Apartments at 1000 15th Street after reports of two people being shot.

Investigators said a 19-year-old woman and a 62-year-old grandmother were shot while they were sleeping in their separate bedrooms.

Police said both the women were shot in the legs. He is being treated at a nearby hospital for non-life-threatening injuries.

Officials said that “shooter(s) stood outside, firing a high-caliber weapon through apartment walls and windows.”

He said bullets also hit two other occupied apartments, but no one else.