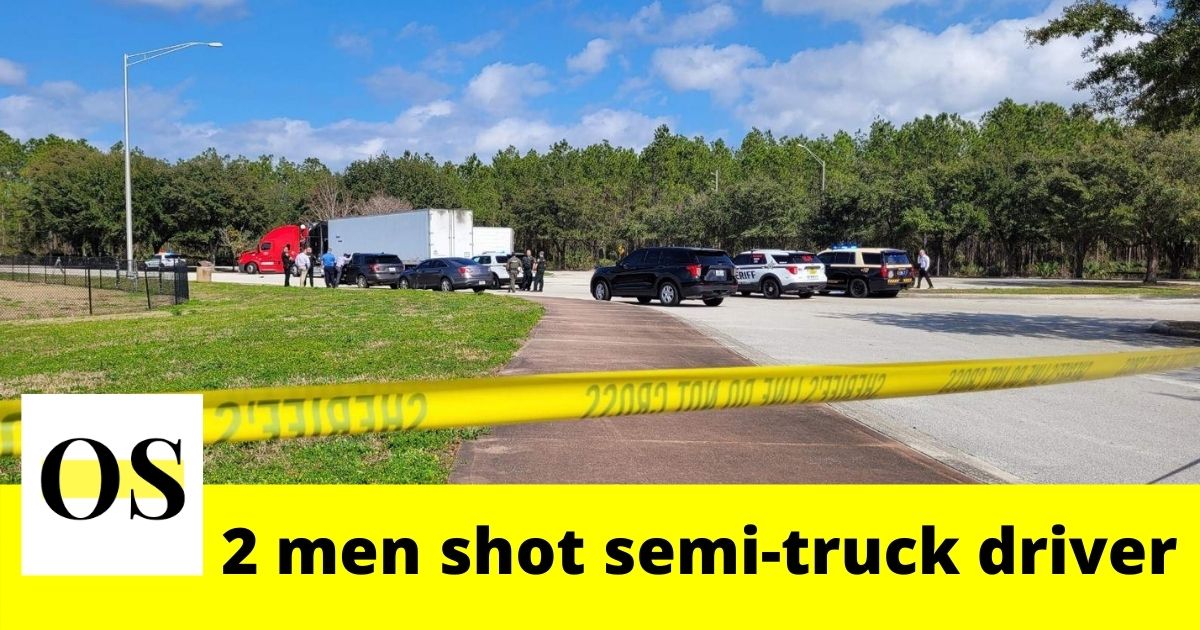 ST. AUGUSTINE, FLORIDA: The reports say the on Monday a semitruck driver was shot near a St. Johns County. Police said the truck was traveling on Interstate 95.

According to the St. Johns County Sheriff’s Office, they received call before 1 p.m. Officials responded to the northbound I-95 rest area just north of County Road 210.

Initally, the shooting report says a person who was sitting in a vehicle was shot at the rest area. However, later it was confirmed that the person was shot on the interstate.

Two men were inside a gray or silver sedan. The car pulled up alongside and the men fired shots at the semitruck. The semi truck was heading north on I-95.

The St. Johns County Sheriff’s Office’s spokesperson said the driver of the semitruck was  struck in the shoulder. It’s not immediately known whether a single shot was fired or multiple gunshots were fired.

After the shooting, the sedan headed north on I-95 toward Duval County. The report say a woman was sitting was sleeping in the back part of the semitruck. The woman was identified as the girlfriend of the semitruck’s driver. Later the woman called 911 and the her boyfriend was airlifted to a Jacksonville hospital.

“I just couldn’t wrap my head around it. I still can’t even wrap my head around it. Why or who would even want to do this because he hasn’t tried to fight with anybody since we been out here,” she added. “It’s scary because you don’t have the answers about any of this that’s going on, and people with guns think that it’s all a game. It’s not a game. It’s not just his life that they’re messing with, it’s mine too.”