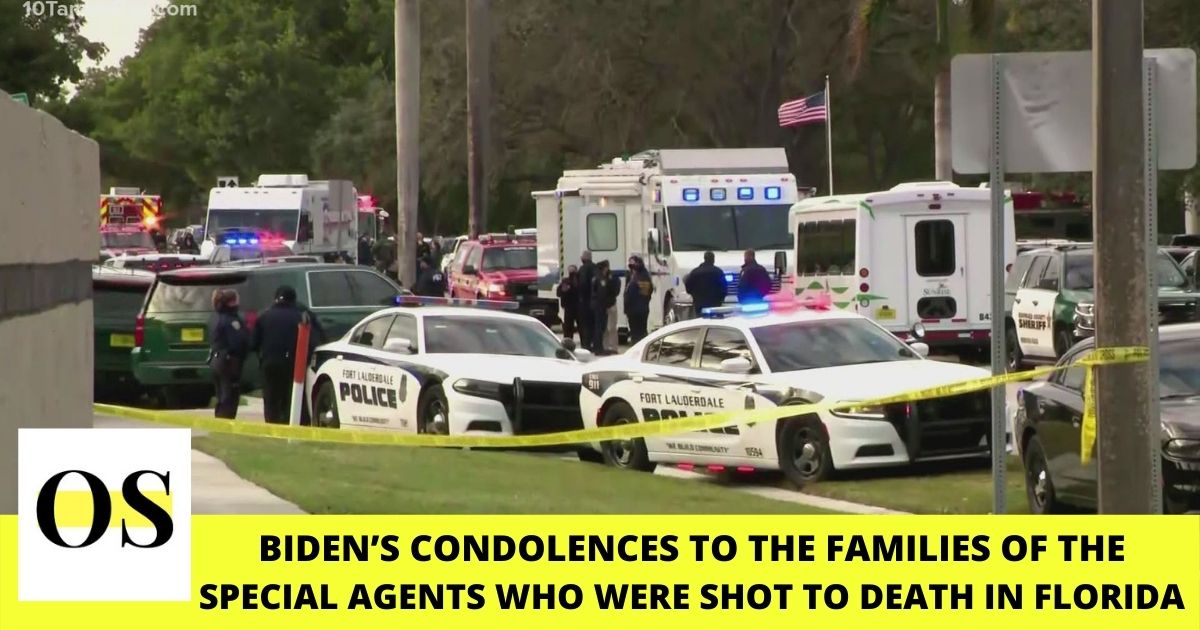 SUNRISE, FLORIDA- The two FBI agents were killed during an attempt to issue a warrant in a case involving “violent crimes against children.”

According to a statement by the FBI, two agents were killed, three wounded during the incident. The wounded were transported to the local hospital and are reported to be in stable condition. The FBI added that the suspect was also killed in the shootout.

The FBI wrote that according to FBI policy, the incident will first be under investigation by the FBI investigation division and that the review process will be thorough and objective.

The FBI Director Chris Way in his statement wrote, “Special Agent Alfin and Special Agent Shwartzenberger exemplified heroism today in defense to their country and the FBI will always honor their ultimate sacrifice and will be forever grateful for their bravery.”

According to the associated press reports, the shooting has occurred as the suspect barricaded inside his house.

Upon briefing President Joe Biden on the incident, he said, “Every family dreads the possibility of receiving that call, and my heart truly aches for those families.”

The nearby residents have been asked by Sunrise Police to stay inside during the investigations.