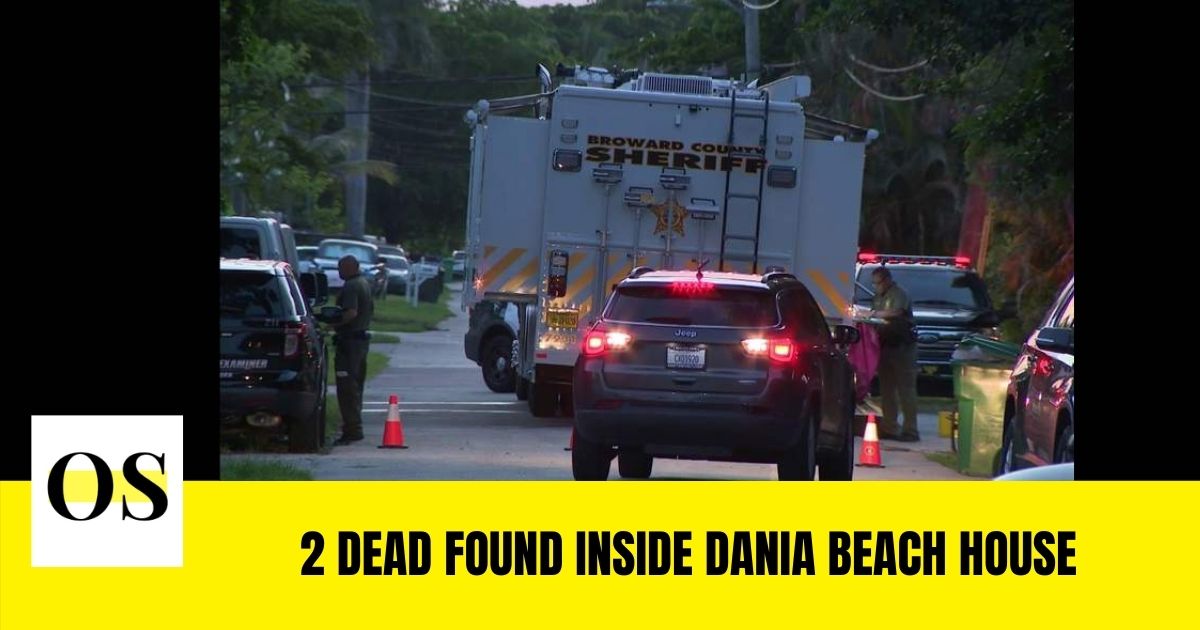 Dania Beach, Fl. – Deputies found the 2 dead (a man and a woman) inside Dania Beach house on Friday.

A woman and a man were found dead inside Dania Beach’s house but their names are yet to be revealed.

Representatives from the Broward Sheriff’s Office surrounded a home near the intersection of Southwest 44th Street and Southwest 32nd Avenue.

“As we’re pulling out of the driveway, four sheriff’s patrol cars come pulling in,” said Emily McLaughlin, a tourist from Portland, Maine, who was staying at a neighboring home that they rented on Airbnb as she has to attend a friend’s wedding.

McLaughlin said the bride’s brother was still inside the house and added that he heard the deputy shout, “Come out with your hands up!” There was a standoff even before the public representatives entered the house and both were found dead.

There was a large command center vehicle was parked and investigators in the area late Friday night.

The BSO’s SWAT team entered the residence and discovered the bodies of a man and a woman. Paramedics declared him brought dead on the spot.

The Homicide Unit and Crime Scene Unit of BSO is investigating the circumstances surrounding their death.

Stay tuned with us for more updates and Dania Beach News.