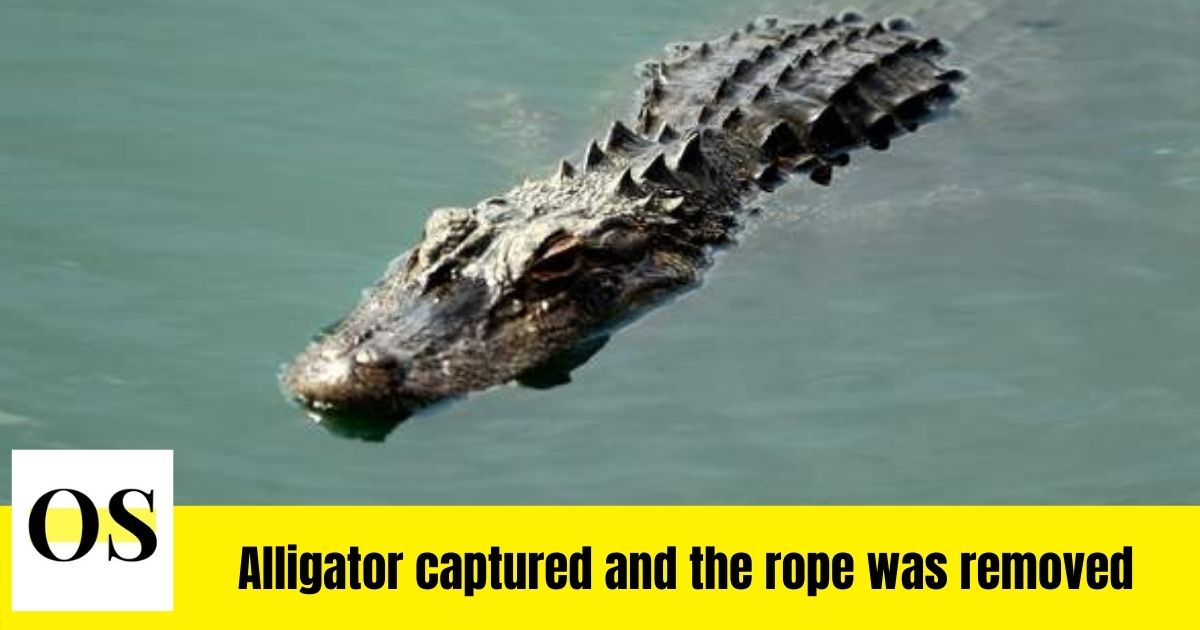 COCOA, Fla. – Three youths tied a noose around an alligator’s neck and dragged it to shore in Fay Lake Wilderness Park in Cocoa on Thursday evening.

At around 5:30 p.m., the Florida Wildlife Commission and the Brevard County Sheriff’s Office responded to the incident.

The three juveniles were on vacation from California. The 16-year-old received a ticket for feeding, luring, or molesting alligators, as well as a lesson in alligator safety in Florida.

The other children, who were between the ages of 6 and 8, were not issued any citations.

With the rope still around its neck, the alligator returned to the water.

An alligator trapper was dispatched by the Wildlife Commission to remove the rope from the alligator’s neck.

The alligator was apprehended, and the cord was cut. For the sake of public safety, the trapper captured the alligator.