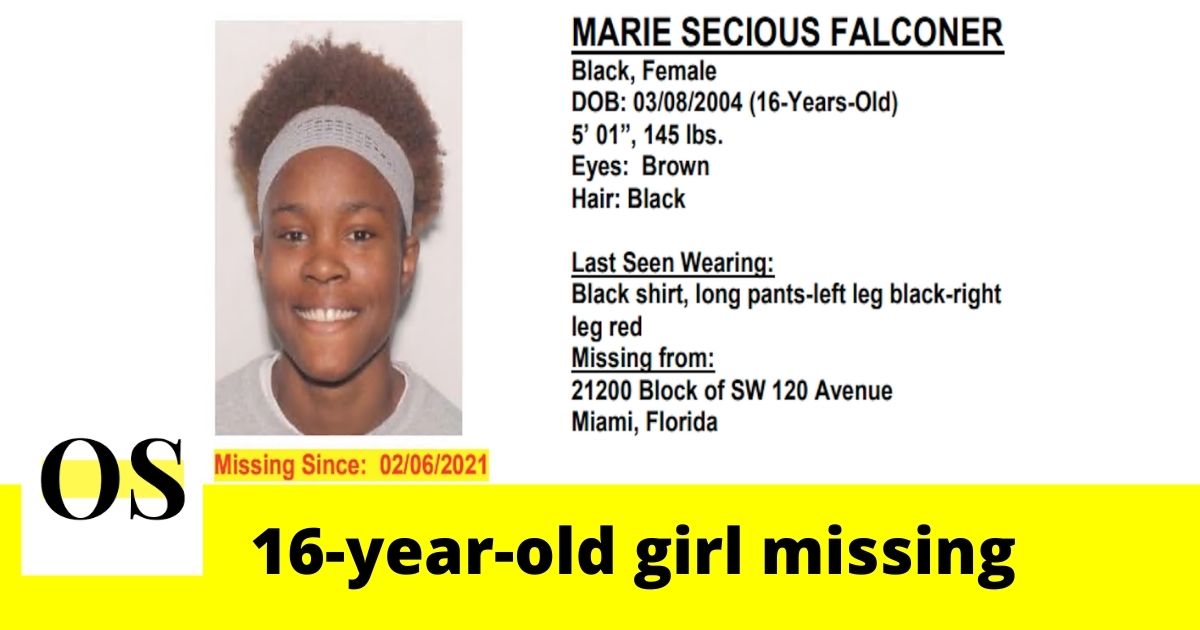 MIAMI, FLORIDA: A missing report has been issued for a teenage girl. 16-year-old girl Marie Falconer was last seen in the 21200 block of Southwest 120th Avenue. Falconer is described as 5-foot-1 tall and weighs 145 pounds.

The Miami-Dade Police said Falconer may be endangered. As per the police, she has been missing since Saturday.

Falconer has black hair and brown eyes. In her last appearance, Falconer was wearing a black shirt along with black and red colored pants.

Anyone with information about Falconer’s whereabouts is asked to call Miami-Dade Police or Miami-Dade CrimeStoppers at 305-471-TIPS.