A search effort is made for the 13-year-old boy who is missing from the “F” section of Palm Coast. The Flagler County Sheriff’s Office tweeted Friday that they are looking for the missing teen. 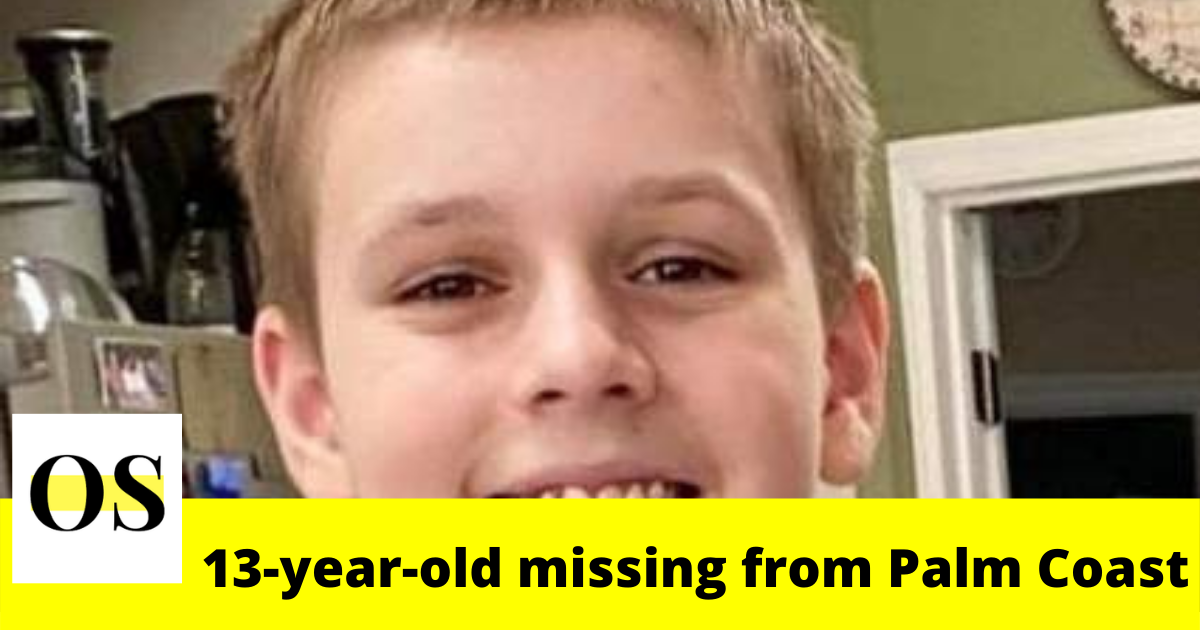 Xandar Garrett, 13, is described as a white boy, about 5 feet tall, with blond hair. He was last seen wearing a light blue shirt with sharks on it, gray gym shorts and white and red Air Jordan slides.

No more details have been released until now. Anyone who knows of his whereabouts is asked to call FCSO at 386-313-4911.