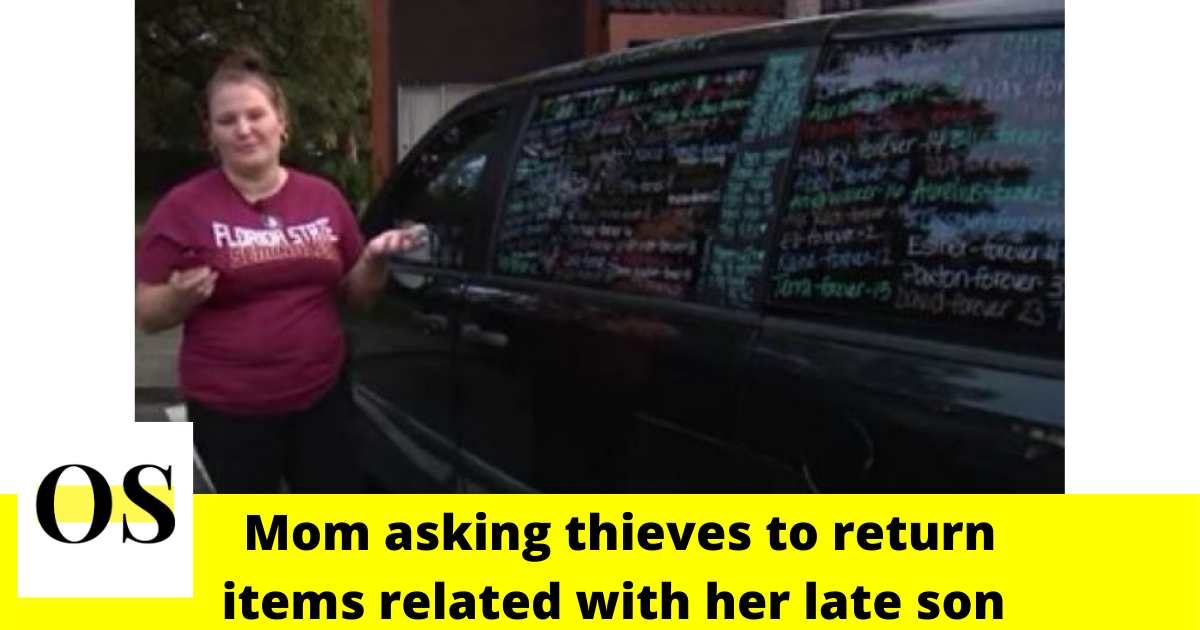 Samantha Ciraldo says her van was broken into overnight Sunday outside her apartment complex in Kissimmee.

“Had my son’s insurance cards. I’ll never be able to get those. He’s no longer alive to get those. It had his first SeaWorld pass that he got,” Ciraldo said. “They’re all materialistic. I know to other people it doesn’t mean anything, but sometimes it’s all that you have left of somebody and that’s all that I have.”

Ciraldo is asking the person to return those items to her. Deputies are doing the investigation. Stay Updated!