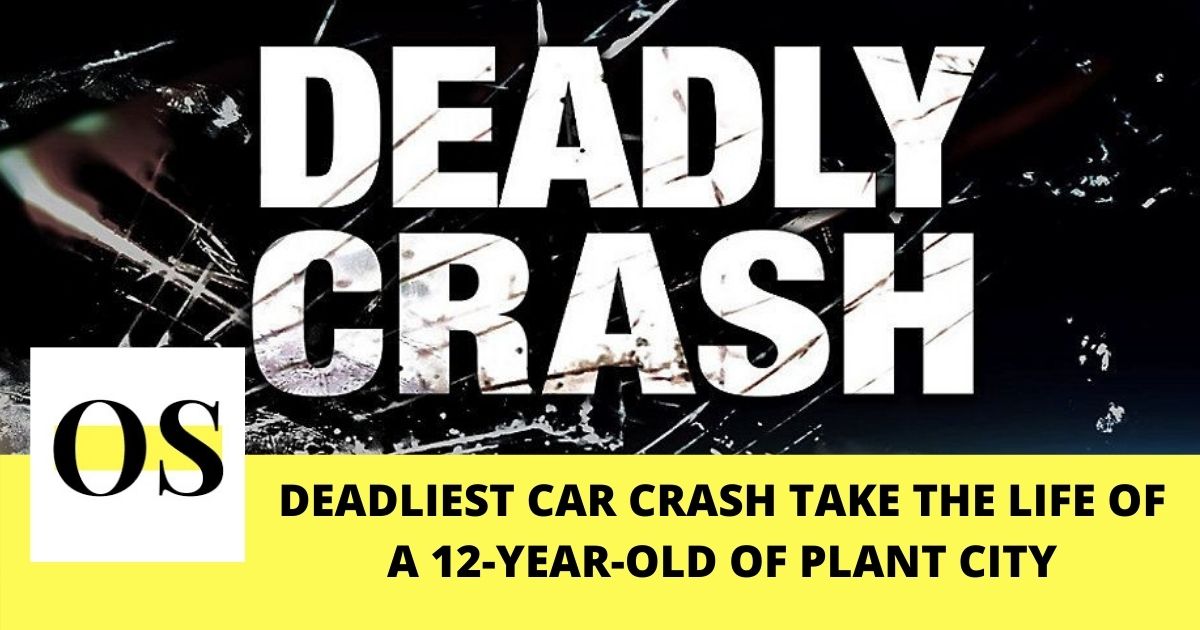 TAMPA, POLK CITY COUNTY-  A 12-year-old boy of Plant city died in the car he was riding after it crashed in Polk city. The 42-year-old driver under the influence of alcohol drove the car in front of another car and was struck by a driver, according to the Polk County Sherriff’s office. The crash also injured a 14-year-old boy who was in the car along with the drunk driver and the driver of the other car.

According to the Sherriff’s office, Joel Orozco, 12 was airlifted to St. Joseph’s hospital in Tampa where he died. The tragedy injured all four people involved in the crash including the two other people in Orozco’s car and the driver of the other car, Mario Martinez Salazar.

Martinez, 30 was driving west on Road 60 in Mulberry around 12.22 am on Sunday while Andres Orozco was traveling South on Coronet road. According to the Sherriff’s office, it was about this time when Andres drove into the path of Martinez’s car.

Apparently, no occupants in Orozco’s car wore seatbelts at the time of the crash. Andres and Joel Orozco were both ejected, according to the officials. The officers also said that Andres Orozco, of Wauchula, remains in critical condition with severe head trauma, a broken neck, and a broken leg at Lakeland Regional Health.

The 14-year-old Angel Orozco of Plant city was pulled out by the bystanders and taken to Lakeland Regional hospital with a broken collarbone and brain bleed and has been released upon treatment.

The other car which was driven by Martinez caught on fire. Martinez, from Mulberry, was arrested and pressed charges against DUI manslaughter, DUI crash with a serious injury, and driving without a valid license. Deputies also reported smelling alcohol on his breath. Martinez refused to give a breath sample at the jail and yet his blood level showed a 0.26 level of alcohol in the stream which is counted as three times the legal limit, said the arrest affidavits.

Although he was wearing a seatbelt he still was treated at Lakeland Regional Hospital for a broken leg before being taken to Polk County jail.