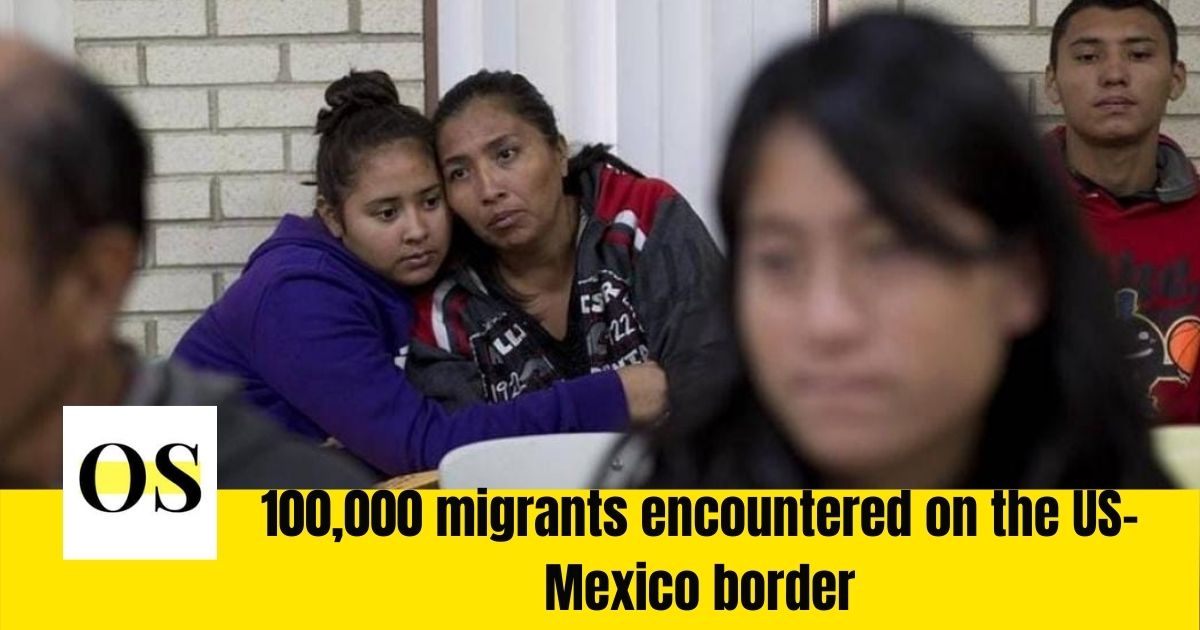 Over the past 4 weeks, more than 100,000 migrants were encountered on the United States-Mexico border. According to CNN, this marks the highest level for the same time frame in five years.

On the southern border, a number of migrants got arrested causing alarm among officials as they scramble to provide resources for the increase in minors and families who are unlawfully crossing into the US.

The surge in migrants adds to a growing sense of emergency for the President Joe  Biden administration which has been seeking to unwind the Donald Trump administration’s immigration policies over that time.
“February was unprecedented compared to the last five years,” a Homeland Security official told CNN. Single adults make up the biggest portion of apprehensions, but the percentage of families and children jumped last month, according to the official.
Since April 2020, Customs and Border Protection has seen an increase in border encounters from the Western Hemisphere due to worsening economic conditions brought on by the pandemic and natural disasters in the region, according to the border agency.
Under the Joe Biden administration, unaccompanied children are exempt from the order and are allowed to remain in the United States pending immigration cases. Some families and others have also been allowed to remain in the United States due to changes in Mexican policy and case-by-case determinations.
A CBP spokesperson previously said, “The unique challenges of the pandemic require additional authorities, such as the CDC order known as Title 42, to allow DHS to effectively protect both the health and safety of migrants and our communities from the spread of COVID-19. The border is not open, and the vast majority of people are being returned under Title 42.”
According to a CNN report on Monday, a number of unaccompanied migrant children are in the United States Border Patrol facilities, which are akin to jail cells and not intended for kids.