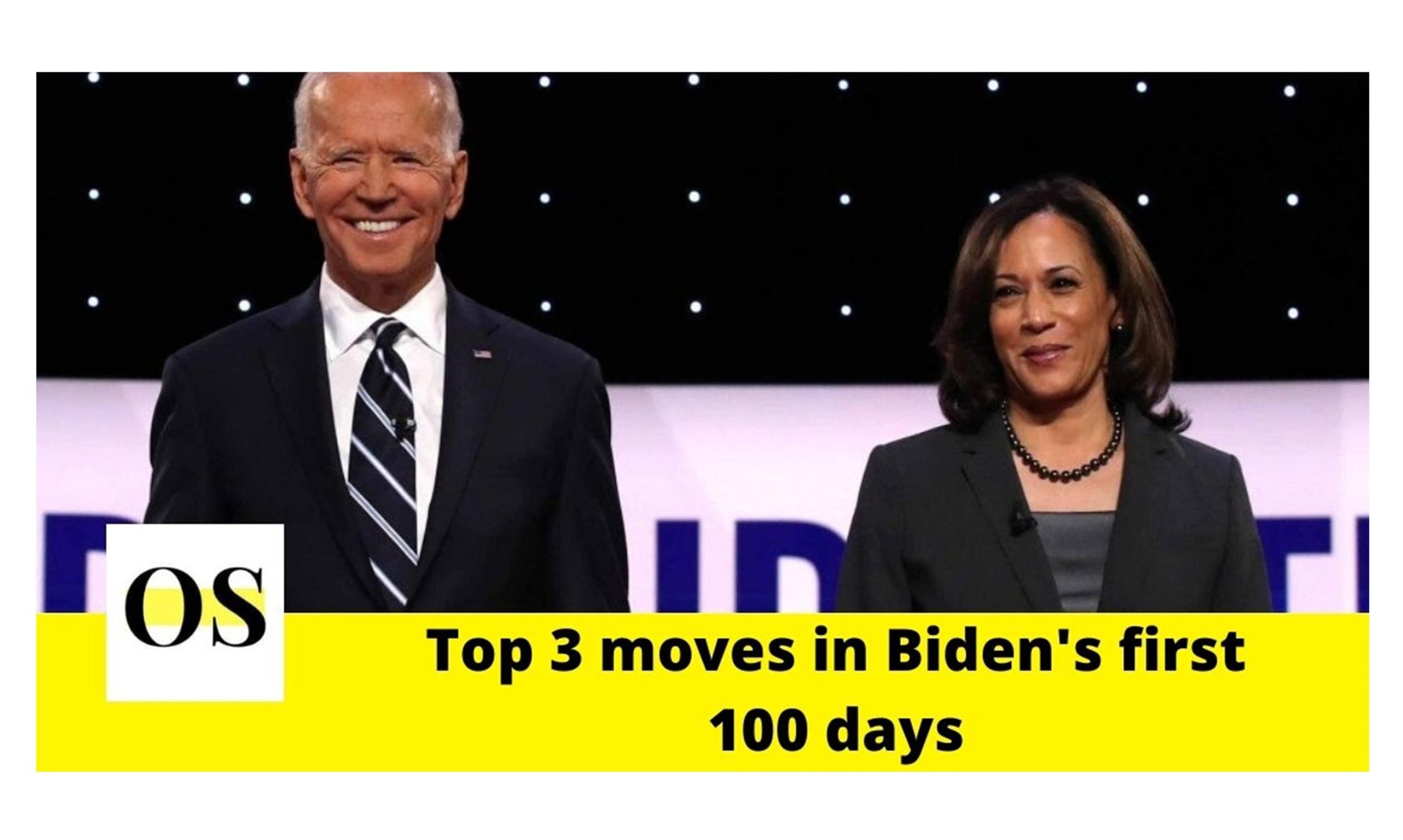 100 days of Joe Biden’s presidency has already passed by. The first 100 days of his presidency and Vice President Kamala Harris’s take over, here are a few things that we recap:

100 days of handling the coronavirus:

On Tuesday, 2nd of March, President Biden moved up the timeline for when the US will have sufficient COVID-19 vaccine supply for every single adult in America. He strongly said that this goal will be successfully achieved by end of May 2021.

“This country will have enough vaccine supply for every adult in America by the end of May,” Biden said Tuesday from the White House. “The prior administration had contracted for not nearly enough vaccines for adults in America. We rectified that.”

“These efforts will contribute to J&J’s ability to accelerate delivery of their vaccine doses from 100 million doses by the end of June to at or near 100 million doses by the end of May,” the HHS said of the partnership between the two companies in a statement. “In the long term, these actions will ultimately double J&J’s U.S. capacity to produce drug substance and increase the U.S. capacity for fill-finish.”

President Biden also said that he is using his federal authority to direct every state to ensure teachers, school staff, and other educators in K-8 schools receive at least one dose of any available coronavirus vaccine by the end of March.

“Let’s treat in-person learning like the essential service that it is,” Biden said Tuesday. “And that means getting … educators, school staff, childcare workers, and get them vaccinated immediately. They’re essential workers.”

Biden’s administration is going ahead with the $1.9 trillion COVID-19 relief bill which the House passed over recently. Moreover, they also spoke about increasing the federal minimum wage to $15.

“The Senate will take up the American Rescue Plan this week,” Schumer said. “I expect a hardy debate and some late nights, but the American people sent us here with a job to do … to end through action the greatest health crisis our country has faced in a century.”

Senate Minority Leader Mitch McConnell (R-KY) slammed the bill, calling it a “bonanza of partisan spending they’re calling a pandemic rescue package” and calling an extension of federal unemployment benefits included in the bill “a premium to stay home that would extend well into a recovery where job growth and rehiring would be pivotal.”

The bill provides $1,400 payments to individuals plus hundreds of billions of dollars for schools and colleges, COVID-19 vaccines and testing, mass transit systems, renters and small businesses, as well as money for child care, and an expansion to tax breaks for families with children.

During Biden’s brief press conference where he was sitting between the United States flag and a Mexican flag, and spoke of the importance of the relationship between the two nations, telling López Obrador is “paramount to all of the elements of my administration’s priorities.”

“The United States and Mexico are stronger when we stand together,” Biden said Monday. “There’s a long and complicated history between our nations. They haven’t always been perfect neighbors with one another. But we have seen over and over again the power and the purpose when we cooperate.”

“Delighted to be with you,” the president added, noting that he was “honored” to have previously met López Obrador in person during Biden’s time serving as vice president.

President Joe Biden did not answer shouted questions as the press was ushered out of the room, saying only the two leaders are “going to talk about” the possibility of the United States sending coronavirus vaccines to Mexico. Mexico’s president has said he intends during the meeting to propose to Biden a new Bracero-style immigrant labor program that could bring 600,000 to 800,000 Mexican and Central American immigrants a year to work legally in the United States.

The Trump era was defined by the threat of tariffs, crackdowns on migration, and his desire to construct a wall on the United States southern border, yet Trump appeared to enjoy an amicable relationship with his Mexican counterpart.

Mexico paid nothing for Trump’s cherished border wall, despite the U.S. leader’s repeated claims that it would. But López Obrador’s government did send troops to Mexico’s southern border with Guatemala to deal with an unprecedented wave of asylum-seekers bound for the U.S. Mexico hosted about 70,000 people seeking U.S. asylum while they waited for dates in immigration courts, a policy known as Remain in Mexico and officially as Migrant Protection Protocols.

President Biden’s administration immediately began to unwind Remain in Mexico, suspending it for new arrivals on the president’s first day in the office and soon after announcing that an estimated 26,000 people with still-active cases could be released in the United States while their cases played out.

But Biden, through the U.S. Centers for Disease Control and Prevention, has kept extraordinary pandemic-related powers in place to immediately expel anyone arriving at the U.S. border from Mexico without an opportunity to seek asylum.

The Biden administration has also preserved a policy, imposed at the start of the COVID-19 outbreak, of quickly expelling people captured along the border and has tried to dissuade people from attempting the journey.

“This is not the time to come to the United States,” White House press secretary Jen Psaki said at a February briefing. “We need the time to put in place an immigration process so people can be treated humanely.”