Officials said a woman was attacked by a 10-foot alligator Thursday morning while trimming trees near a lake in Florida. 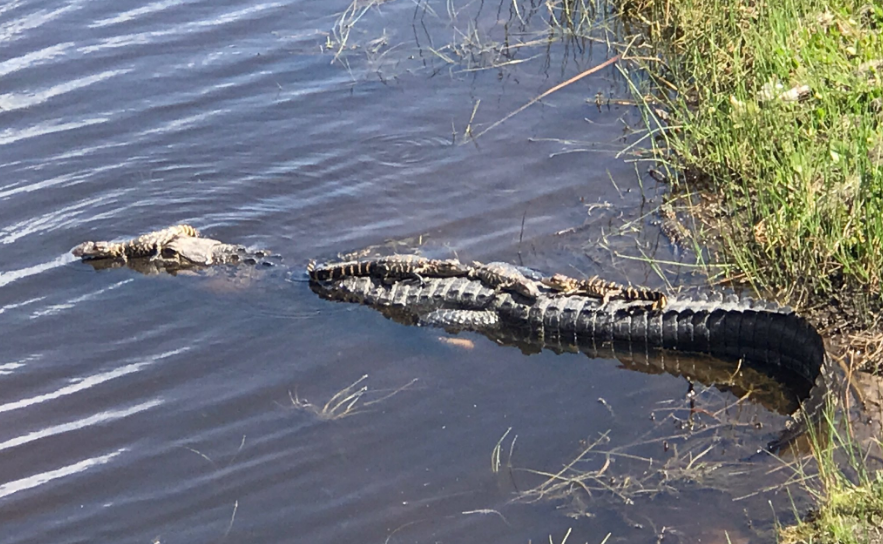 According to a Florida Fish and Wildlife Conservation Commission news release, a 27-year-old woman had been working near the water in North Fort Myers when the 10-foot alligator attacked her.

The fish and wildlife agency contracted a nuisance alligator trapper to capture the animal and remove it from the area. Rescue workers transported the woman to a Fort Myers hospital, where she was treated for injuries to both legs, officials said. She is in stable condition now. Officials said serious injuries caused by alligators are rare in Florida.

Florida alligator bite statistics date back to 1948, ranging around three major bites per year. The chance of someone being attacked is one in 3.2 million. The worst years for fatalities were 2001 and 2006, with three people dying each of those years from Florida alligator attacks. And there have only been 23 fatalities between 1948 and 2016.  There have even been stretches during which no fatal attacks by alligators occurred in Florida. Florida has capitalized on alligators as part of the state’s identity, pulling them into the spotlight far more often than they would be on their own.