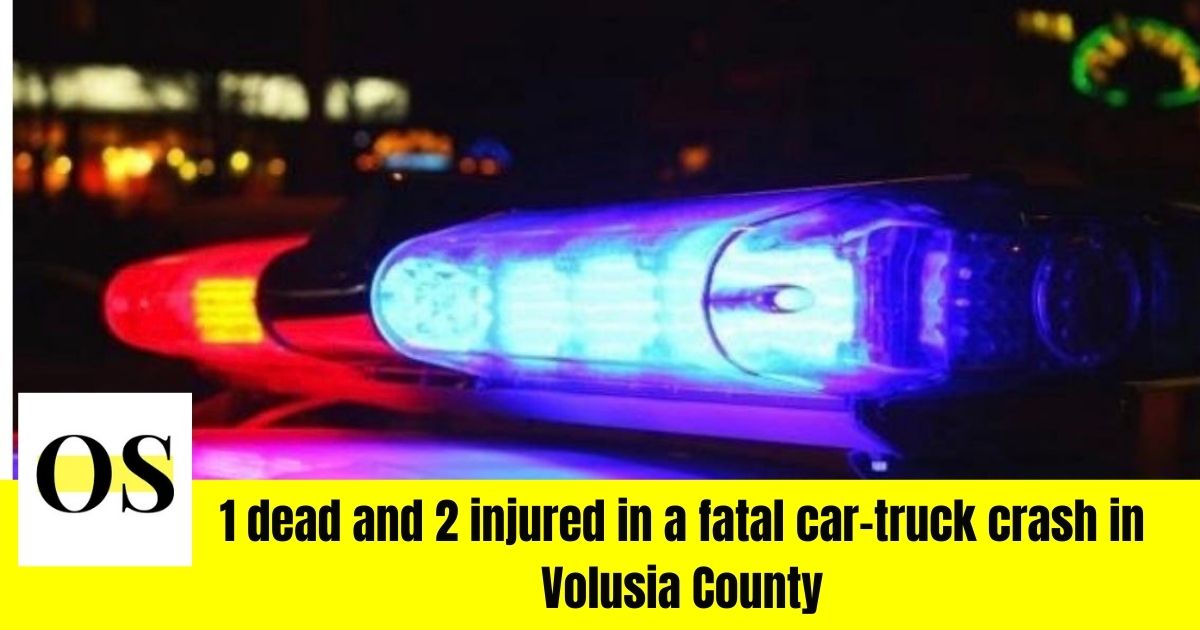 VOLUSIA COUNTY, FLORIDA- According to the Florida Highway Patrol, a person was pronounced dead while two others were reported as injured followed by a fatal car crash in Volusia County.

According to the deputies, the occurrence of the crash was on State Road 40 and check station road. Apparently, a car that was heading westbound had traveled into the westbound lane and hit the front of a truck.

The troopers said that the truck which got hit had a wheelchair in it which apparently detached and hit a car behind it on the westbound lane.

The passenger in the truck was pronounced dead at the crash scene. Reportedly, the two drivers from the truck and the car were immediately transferred to Halifax Medical center followed by serious injuries from the accident.

Further investigations are being conducted by the officials.