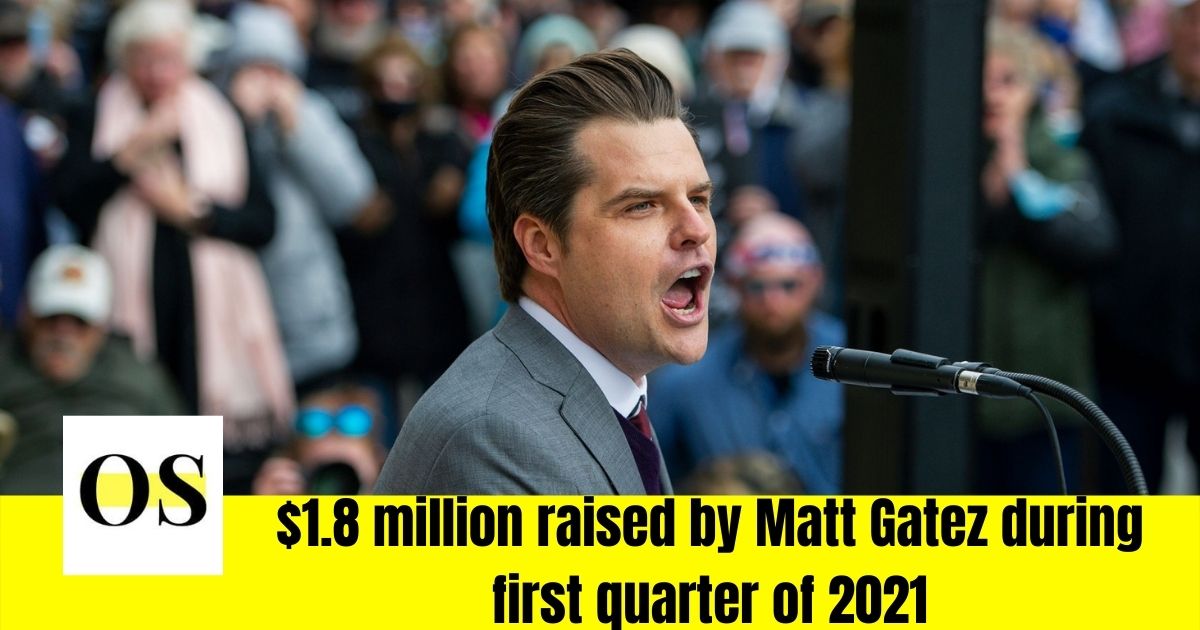 Matt Gaetz now faces scandal and is being investigated regarding sex trafficking and possibly other federal crimes.

Matt Gaetz, of Fort Walton Beach, collected more than twice as much campaign money as any other Florida member of Congress in the three-month reporting period of January, February, and March.

In fact, it was one of the most impressive first-quarter hauls in all of Congress. In Florida, Republican Rep. Brian Mast of Stuart collected $749,000, Republican Rep. Maria Elvira Salazar of Miami drew $525,000, and five others (three Democrats and two Republicans) managed more than $300,000.

Matt Gaetz’s first-quarter report to the Federal Election Commission shows he entered the first quarter of 2021 by rolling over $1.6 million left from his previous election cycle. He raised a little more than $1.8 million and spent a little more than $1.3 million. That left him with about $2 million in his campaign fund with which he can fight.

Since the scandal emerged, his campaign has been openly asking potential donors to send him money because of the allegations against him, contending he is something of a martyr, with some out to destroy loyal Trump supporters like him.

Before the scandal breaking, Gaetz had enjoyed a nearly open invitation to appear on several national conservative media networks such as Fox News and had developed a national base as one of the staunchest and most fiery supporters of former President Donald Trump and his make America great again movement. That base embraced him with money.

Only 11 of the other 434 members of the House raised more money than Gaetz during the quarter. They mostly include congressional leaders  such as Democratic Speaker Nancy Pelosi and Minority Leader Rep. Kevin McCarthy, or partisan lightning rods for the left or right wings, such as Democratic Rep. Alexandria Ocasio-Cortez and Republican Rep. Marjorie Taylor Greene.

Among itemized donations, Gaetz’s campaign collected $7,420 on the day after the report, March 31. That was an above-average daily receipt, but nowhere near impressive. The campaign details $28,000 raised on Jan. 14 and more than $10,000 on each of eight other days in the three-month period.

As happened with his 2020 election campaign, Gaetz drew well from outside Florida in the first quarter of 2021, at least based on his itemized donations. He collected $87,000 from itemized Florida contributors, about 21% of the itemized total for the period. He got $67,000 from California donors and $45,000 from Texas.

Gaetz’s campaign also spent more than $1.3 million during the quarter.